Raspberry Pi and a Mission

Heya, I bought Raspberry Pi today. It’s a mini computer and quite cheap. I don’t know what to do with it yet but we’ll find out…

Gadgets to build from: 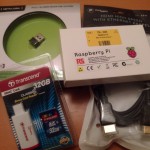 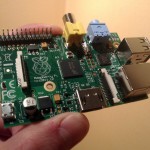 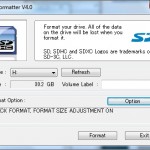 First I need to format the memory card with a program called SD Formatter. This was completely new to me that it is recommended to use this software for formatting instead of operating system’s (Windows) own tools. Otherwise it could cause performance issues and problems.

Now the card has been formatted and to my surprise the file system was FAT32. It’s time to copy the files into SD card.

… continued. The next day:

Files were copied. Attached memory card to RPi. Plugged in HDMI to my TV and RPi. Plugged in Logitech Unifier USB stick for keyboard and mouse. Plugged in WLAN USB adapter. Also I found my speaker which I connected to sound port.

Started the OS. Writing “startx” to go to GUI.

WLAN worked and I set it up.

Ok, let’s update firmware first. Used “sudo apt-get install rpi-update” but it was all updated already. Ok tried “sudo rpi-update” and wham, it updated firmware. Then we need to reboot, so “sudo reboot”.

Ok, so now we want some audio and video! So, what to do next then?

It does not work and it sounds way too hard. I find it very stupid that RPi web site endorses how easy and marvellous it is. Fuck this shit. I tried displaying the videos with Raspbian without success.

So, it looked too hard to put up so I tried another OS. OpenElec is designed to playback videos and music. After playing a while with the OS, I managed to install Digitally Imported radio and YouTube. Although they are quite slow, they work!

It was real nice of hearing Katy Perry’s voice from my speaker while seeing this small board flashing LEDs on the table…! 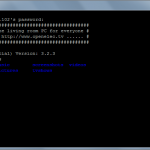 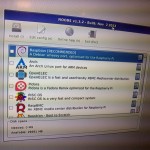 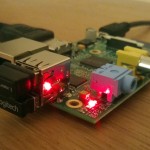 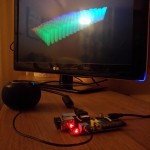 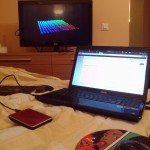 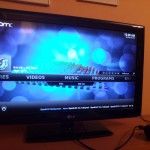 Brain fuck moment at 2 am!

I really have to write about this. I was listening to internet radio Digitally Imported via WLAN with my Raspberry Pi XBMC software, device is showing nice equalizer animation on the television and sounds are set up to also come from the telly.

I have my laptop near and I’m connected to RPi via SSH and SFTP and I’m copying movie to the RPi SD from my external HD connected to my laptop. It was quite fast (500kbs?) but this is where the RPi music started lagging. So anyway I’m writing this blog at the same time. At the time of this writing my blog has not been published. I get a message to my smart phone and it’s an email message that someone has sent me a comment to my blog I need to approve … First I thought that how in the hell there could be spam in my unpublished blog. But it was Max commenting my fresh out of the oven blog post!

Thanks Max, this was the brain fuck moment of all my internet times. 🙂